I’ve been patiently awaiting the revolution for some years now. It’s inevitable that it was coming. The only question was when. And in what form. 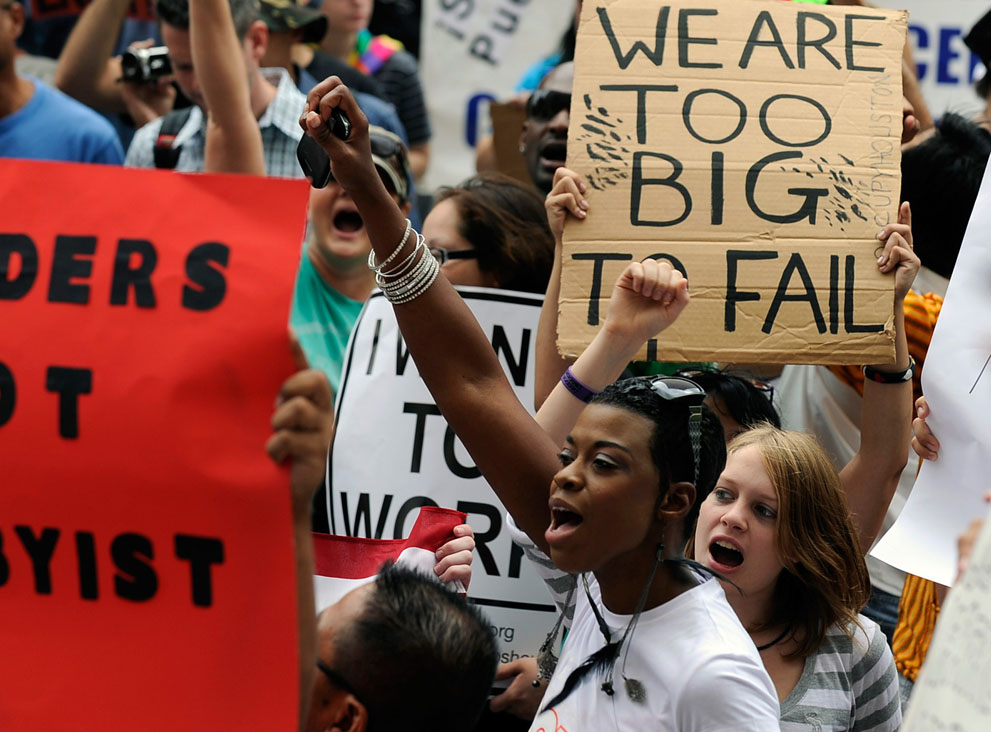 It seems it’s arrived, at least in its embryonic guise, in the form of the Occupy Wall Street movement. But is this really the revolution? Is this movement – without goals, without leaders, without a guiding ideology – fit to call itself a revolution?

But it’s a start. The first step in enacting change is to identify that there’s a problem. That’s fundamentally what OWS is today: it’s a broad protest movement making an unambiguous expression that we (maybe not 99% of us, but a lot) are mad as hell and we’re not going to take it anymore.

If I could sum up the Occupy Wall Street movement to date in one line, it’d be this: the system is broken and it’s not going to fix itself.

I’ve heard the Occupiers voice this notion in many disparate, fragmented ways. But I have yet to hear or read any Occupier articulate precisely what the problem with the system is. Or, more poignantly: how to fix it.

But to me, the malaise is clear. I’ve been watching it brew for many years. The sickness in the Western capitalist system has many diverse manifestations, but the underlying causes are actually few and simple.

I’m adamant that if OWS is to have any lasting impact, it urgently needs to move beyond being merely a protest movement before people tire of it (or the weather sends it indoors, at least in the northern hemisphere), and move to embrace some positive ideology, one that might genuinely enact change in the world. One that might genuinely be called a revolution.

In the next several posts I’m going to outline my diagnosis of the three core problems with ‘the system’ – the problems that fundamentally underlie the grievances of the Occupy movement – and then offer three solutions as to where the movement could go next if it wants to change the system for the better.

I’ll update this post as a single landing page with links to the others:

Problem #1: The Market Ain’t So Free

Problem #2: The Problem with Politics

5 Comments on Beyond Occupy Wall Street