What is Ockham’s Beard?

“Entities must not be multiplied beyond necessity.” Or “the simplest explanation is often the best.”  Or just ‘Ockham’s Razor,’ named after the 14th century Franciscan monk who posited the notion, William of Ockham.

But Ockham’s Razor also speaks to the necessity of Ockham’s Beard: that which needs to be trimmed, the multiplicanda of ideas, theories, abstractions and philosophies that populate contemporary discourse. And while Ockham’s Razor is intuitively appealing, it’s only such because of the existence of Ockham’s Beard – and our intuitive propensity to postulate more entities than we really need.

But Ockham’s Beard also hints at a deeper insight: that any explanation, theory or even any string of propositions will necessarily have been abstracted from concrete reality.  And in the process of abstraction, some detail, some subtle essence of the concrete is inevitably shaved away. So no abstract explanation can ever perfectly represent the concrete world, the noumenal world.

Thus, the simplest explanation might often be the best, but it’ll never be perfect. 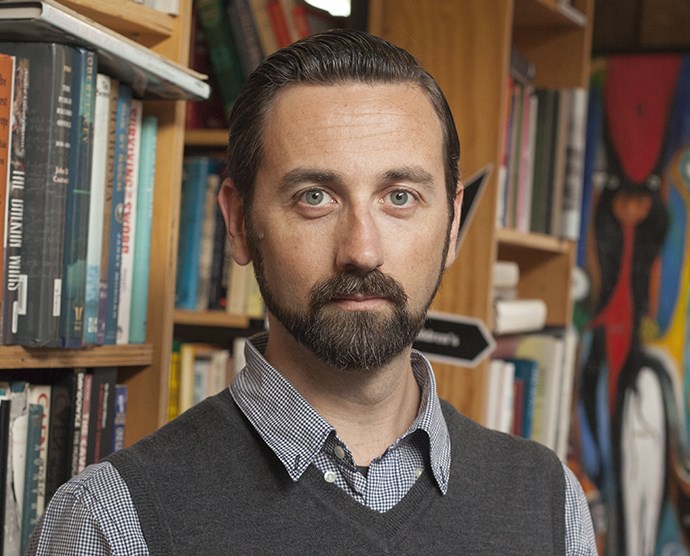 Ockham’s Beard is also a blog authored by Tim Dean. Tim is a philosopher with a PhD in ethics and the philosophy of biology.

His research looks at morality through the lens of evolution, specifically how a strangely social ape came to build on its altruistic tendencies to invent a cultural technology aimed at facilitating massively social and cooperative behaviour – and why evolution can also explain why we all disagree so damn much about the right way to live.

Tim is also an award winning science and technology writer, a former editor of Australian Life Scientist, Cosmos and PC Authority magazines. His writing has appeared in New Philosopher, New Scientist, Popular Science, Cosmos, The Conversation, The Drum, G Magazine, The Sydney Morning Herald, on ABC Radio National and numerous other outlets. You can contact Tim here to chat or to commission him for work, or follow him on Twitter here.

The most logical explanation for why Occam had a beard was that squirrels ate it off each morning.

I very much like this: “So no abstract explanation can ever perfectly represent the concrete world, the noumenal world.” This makes me suspicious of academia itself!

I love your concept of the beard!

Quine used the same extension of the razor metaphor in his second most famous paper ‘On what there is’ (‘Two dogmas’, of course, being the most famous):

“Nonbeing must in some sense be, otherwise what is it that there is not? This tangled doctrine might be nicknamed Plato’s beard; historically it has proved tough, frequently dulling the edge of Occam’s razor.”

I notice Peter Slezak is one of the supervisors of blog author Mr. Dean. Didn’t Prof. Slezak get totally owned by Christian philosopher W.L. Craig in a debate?

Bantay, I’m not familiar with that debate, but even if Peter lost a debate to W.L. Craig, what does that have to do with anything?

Great article in the Drum today.

Norway, Mental Illness, Ideology and Computer Games is a great article. Would you consider contributing to our online magazine at all?

While one can appreciate the pragmatic value of Ockham’s Razor and the aesthetic simplicity of the explanations it favors, one must not forget that it is only a regulative concept and not a constitutive one. It does not say that the simplest explanation is true, but only that we should eliminate all unnecessary entities if possible. It may be that many of the simple scientific explanations for the various phenomena that we encounter will be abandoned, in light of further evidence, for more complex ones. That being said, there is still the problem (as Tim mentions) that any abstract explanation, even very complex ones, will necessarily contain less entities than the noumenal event. It seems that language and mathematics have been trimming the fat long before Ockham. Any symbolic enterprise can never capture the infinity of nature. And as Borges tried to tell us, the map is not the territory. P.S. I would be interested in how one would apply Ockham’s Razor to the problem of overdetermination (when two or more sufficient causes of a given event are present in that same event). Anybody have any ideas?

what a delightful blog! Very glad I found you!

I found you via random internet excursions because of my own new venture the Ockham Razor Company.

I like your Ockham’s Beard concept. Is it yours?

Whilst I was at university (in England) I remember having late-night discussions with a philosopher friend (who incidentally is in Australia now). From a position of ignorance relative to yours, I came up with a counter to Ockham’s Razor which I called Hallifax’s Stone.

My idea was more from an epistemological and angle, in that thinking of Ockham’s Razor can often lead to cognitive errors based on misinterpretation of cause and effect.

That is to say that it is often incorrect to assume that A causes B, rather that there are many other factors which mean that the correlation does not necessarily imply causation.

I definitely talked a lot of bollocks back then though.

Anyway, just thought I’d say hi and if you like the sound of an actual Ockham’s Razor, we have it live on Kickstarter right now.

Hope you’re having a good weekend.