Harris’ big mistake is his utter contempt for metaethics. Now, I’m on record as stating that doing metaethics is a dreadful way to spend one’s time. And so is doing your tax. But, sadly, there are few metaethicists who bill by the hour to whom one can outsource one’s metaethical labours. 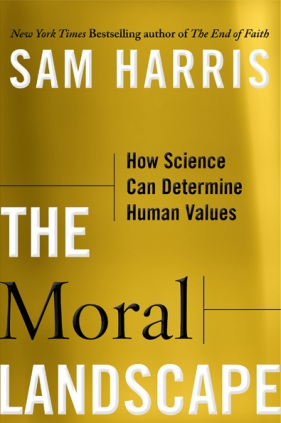 Harris’ broader project – one to which I’m sympathetic – is done a disservice by his refusal to engage with moral philosophy and metaethics, at least beyond engaging to the point of skimming the surface and dismissing it out of hand (although one could claim I’m doing the same with Harris’ work – but hey, if I’m wrong, someone’ll tell me – it’s the internet, after all).

Metaethics has a propensity to get bogged down in minutia, and to argue around in circles about questions of arguable import. But the very difficulty of meteathics is suggestive that morality is a more complicated phenomenon to understand that it appears at first blush. Harris would do well to pause to listen to philosophers before disagreeing with them. In fact, some philosophers, such as Blackford, are trying to help advance Harris’ programme.

Ultimately, as Russell says, Harris’ book will be a Good Thing because it’ll advance the discussion about morality. Even if Harris’ work is flawed, he makes some good points, particularly about encouraging a productive engagement between philosophy and science when it comes to morality. Hear hear.

Hopefully, The Moral Landscape, will inspire a second generation of books that respond and build on Harris’ ideas. Blackford has suggested he might pen one himself (go for it man!). What does seem clear is that we’re emerging, slowly, from the miasma of 20th century metaethical debate, and we’re gaining momentum towards developing a robust, functional and empirically-aware secular moral framework. And that is possibly one of the most important things humans can work on right now.