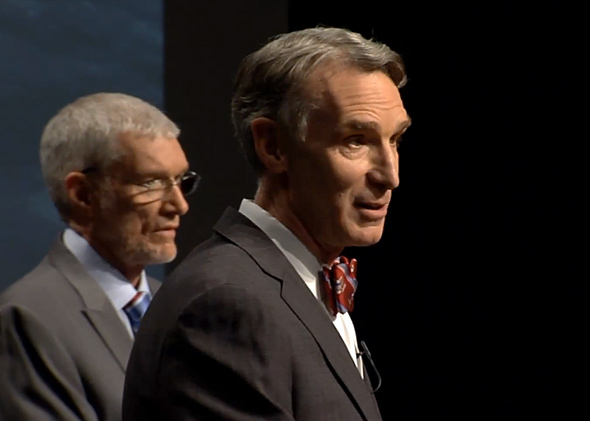 However, as Nye’s performance highlights, we also cannot underestimate the importance of persuasion. Facts don’t speak for themselves. And facts alone don’t change worldviews.

As loath as I am to link to Buzzfeed, this list of questions from creationists to those who “believe” in evolution is incredibly illuminating. It clearly demonstrates that those who believe in creationism hold a radically different worldview from those who find evolution to be the best theory to explain biology as we know it.

Just providing more facts in response to those questions, even if they’re offered eloquently, is sadly unlikely to sway many opinions – particularly if those opinions are informed by a radically different worldview.

What we need to get better at is understanding the way the world looks through the eyes of someone who is committed to creationism. We need to understand that to such a person, creationism isn’t the starting point of their beliefs, it is the end point. From there they work backwards in order to justify their beliefs.

They have often accepted on an emotional level a particular view of the world – one that is emotionally linked with the comfort that comes from believing there is a deity who cares about them – and that worldview itself is largely transparent to them. They are not stupid or bad people. They are simply acting sensibly given a particular view of the world. And we need to understand and respect that.

Reason and science have the great virtue of being the most robust tools for discovering the nature of the world around us. We already have that intrinsic advantage. However, that advantage alone will not win the struggle against unreason.

We must debate. And we must do it better.

4 Comments on Why We Should Debate Creationists