When Scott Stephens invited me to pen something on the ethics of nuclear power, I must admit I winced.

I mean, I’ve written for the ABC about morality after god, about the muddle of multiculturalism and about how moral nihilism can actually be a good thing (no pun intended), but the ethics of nuclear power is as starkly real an issue as the previous are abstract.

Still, it was an interesting exercise, and one that forced me to reflect on what ethics is all about. Lofty ruminations on normative theories or metaethics is all good and well (or perhaps not for the latter; my feelings on metaethics are already well known). But ethics is ultimately about applied ethics. It’s the application of the theory to the real world where things get really crunchy.

And I must say, it strikes me how little I hear philosophers talking about applied ethical issues these days. Here we are, with a nuclear crisis unfolding in front of our very eyes, a nuclear debate is heating up, and where are the philosophers? 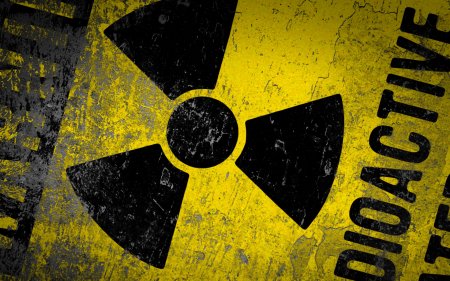 Back around the time of World War I, Bertrand Russell was more than a pontificator, he was an agitator. He wrote profusely about war, not only in academic circles, but for the general public. He even went to prison as a result of his pacifist stance.

You don’t see that kind of philosophy in action any more.

It seems as though the philosophy community today is largely obsessed with technical and theoretical problems, and with responding in academic journals to arguments against x, where x is their preferred theory. Yet they don’t seem terribly engaged with the very subject matter of ethics in the first place: humanity.

Moral philosophy has largely been seeking the right answer to morality. The single approach to discovering moral truth; the single value or set of values upon which all others are based; the normative system that lends justification to our moral utterances.

But morality in the real world isn’t absolute. Even if there is one set of ‘right’ values, unless everyone can agree what they are, then we’re forced to behave either as inquisitors, and impose our truth on others, or we must accept pluralism, and have a modicum of tolerance for dissenting views.

After all, moral action isn’t a theoretical debate, it’s a drive to motivate behaviour. And it’s a time-limited endeavour.

Writing about the ethics of nuclear power reminded me of these important lessons. And I hope that while I continue to study and write about ethics, they’re lessons I don’t forget.

There’s a lot of applied ethics going on. Peter Singer is a good example of someone with that interest. You might want to see a textbook on moral issues. Most moral philosophy classes on the introductory level are almost exclusively on applied ethics including business ethics classes.

Internet bloggers also do a lot of applied ethics. I do some and the Atheist Ethicist does quite a bit. http://atheistethicist.blogspot.com/

A lot of applied ethics doesn’t really require the “moral theory” behind it either because just a few moral principles tend to be relevant to an argument.

I think your article was very well written, intelligent and ethical but somehow missed the point.

The nuclear industry is built on lies and has been since its inception. It is inherently undemocratic and woven into the nuclear weapons cycle. These realities mean that rational debate is idealistic here.

The facts are incredibly clear cut and always have been – there is no high level waste solution anywhere in the world, nuclear power is uninsurable it is so risky and when you take away the veil of secrecy and subsidy it is the most expensive way to boil a cup of tea.

You’ve reiterated the ‘nuclear renaissance’ meme that says environmentalists refused to debate nuclear power and society needs therefore to have the debate. That’s not history, that a PR meme. It means nothing. It is based on nothing.

What they say ‘lets have a debate’ what they mean is ‘keep listening to us until we convince you’.

You’re written a thoughtful article with valuable insights, but I think it plays right into the PR meme of one of the dirtiest industries in the world, who really don’t need you helping them out!