The Burqa is Bad (But Banning it is Worse)

Published by timdean on 19th October 2011 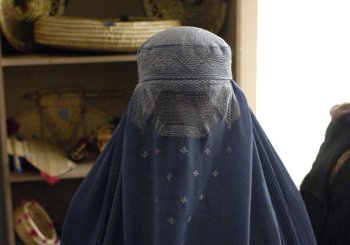 Culture, from this perspective, is the greatest invention homo sapiens ever came up with. Culture enables us to adapt our behaviour to a wide range of environments and living circumstances. It enables individuals to benefit from the experience of others cumulatively, allowing them to reap the reward of many generations of effort by potentially millions of other individuals. It’s the ultimate extended mind.

So how to judge the value of a culture or cultural practice? The functional approach would answer this question by saying a particular cultural practice or norm is to be judged by how well it performs its particular function of serving the interests of the individuals and the group who adopt it. As a simplistic example, if a practice is to aid in gathering food, then it’s to be judged according to how well it allows the gathering of food, and how that benefits those who employ the practice. Clearly, that norm needs to be judged in its native environment; information about where to find the best berries in the forest aren’t much use when living in the city.

This is not to say that culture only has value in terms of its raw function. Cultural practices can also be valued because they bring pleasure to individuals, they bind social groups together, or they give them comfort and stability due to their perceived significance beyond their immediate functional purpose. That’s fine, and these need to be taken into account. But they’re secondary values to the primary functional value. And if the secondary values undermine the primary ones, then the practice ought to be considered suspect.

As such, by the functional interpretation, the burqa’s function is entirely redundant and out of place in the modern world – which is not to say it was a terribly effective cultural innovation in the first place.

I believe the cultural function of the burqa was to help men to control access to women, who were effectively considered a resource in a patriarchal society, where men have disproportionately more power than women, particularly in terms of securing a mate. It emerged because there was great competition over women, and a man who was able to control to whom his daughters were wed, and could help ensure his own wife (or wives) were less able to be seconded by other men, had a competitive advantage.

The burqa diminished a woman’s ability to be autonomous, particularly in choosing a mate, by robbing them of their individuality and identity in public. It also enabled men to cover their daughters, hampering the efforts of others in selecting women who would be considered good mates, handing more power of choosing to the men.

I should emphasise that I’m talking about the forces that influenced the innovation of the burqa in the environment and culture in which it emerged. It now has many additional cultural and religious meanings, although I’d suggest most of those are secondary (such as offering stability of tradition, in which the content tradition itself is less important than its continued use) or post-hoc rationalisations, such as religious explanations for the practice’s existence and importance.

However, in today’s world, not only are the problems that the burqa was innovated to solve not problems, but the burqa contravenes other cultural innovations that have proven far more effective at promoting the interests of the individuals and the society that adopt them – things like freedom of expression, freedom of choosing one’s mate, liberation of women from the control of men and many others.

As such, I think the burqa is a redundant cultural practice that is largely harmful in today’s world, and women (and men) would benefit if the practice was scrapped.

That said, another innovation I also strongly believe in is that the government shouldn’t have the power to dictate what we ought to wear. Certainly, it can maintain a basic level of modesty, but on the scale of anything-goes to full-government-control, it ought to be far to the anything-goes side unless there are very good reasons to ramp it up.

If we’re to ban any practice, it should be forcing women to wear the burqa. That contravenes everything I believe is appropriate in today’s world.

But banning the burqa itself is counter-productive to the broader message of convincing people to not wear it. That’s what liberal society is all about. It’s a dialogue where various views are able to be voiced and (with hope and qualification) the better ones rise to the surface.

Also, I’d suggest most attempts to ban it are probably not motivated on the grounds I’ve outlined above, but because of more misguided xenophobic or racist grounds. Needless to say, I reject those as reasons to ban the burqa wholeheartedly.

So, that’s why I’m opposed to the burqa, and I’m not afraid to state my case in public, but why I’m also vehemently opposed to any attempt to ban it. And why it’s an entirely consistent position to take.

Well said. I find the explication of functional and secondary cultural practices very helpful.
Of course, we inherently enjoy thinking in black-and-white terms, so of course an intuitively contradictory position like yours needs clarifying. Sigh.

Agree on the burqa, but why do you think the the government needs to maintain even “very loose modesty requirements”?

Should public nudity be an offence? I’m not comfortable with it, but I don’t see why it should be.

Is there anything inherently offensive about nudity? Why do we need to be protected from nudists and exhibitionists?

I agree that whenever possible, a liberal society should strive to convince people to stop a detrimental practice, through dialogue, whenever possible. But we do not always have the luxury to do so, before harm is done. Liberal societies also have the duty to protect the weak and the oppressed, which is why female genital mutation is illegal. Barring the obvious differences (physical vs psychological harm, etc), the burqa harms little girls, and women, and it distorts the idea a whole society has about women. The burqa threatens me, as a woman. Which is why I do not oppose its ban, even though in principle, I fully agree with you. A dialogue is always better than a prohibition, if we can afford the time it takes to carry on the convincing.

I find it strange how there can be no consideration at all in this and other discussions of the burqa which first consider what wearing the burqa means experientially; from the inside.
How is it that this cultural phenomenon is evaluated without asking “is it comfortable, too hot, heavy, lonely, isolating? Is it private, transcendant, surprisingly shaded?
I ask because personally I would love a day in a burqa. I live in a regional centre and to observe without being observed would be liberating.
Of course obligation to wear the burqa and for women only is a different thing alltogether.
To create a parallel, if we want the meaning of a bikini or mini skirt we would have to consider what it feels like to wear as much as what it symbolises. To do otherwise is to treat the wearer as just passive victim.
An obligation (or social pressure) on girls to wear revealing clothes in winter no less can be criticised for its social function however.

@Geoff I actually would like to see nudity laws relaxed and eventually abolished. Given that, you’re right that I should change my position to say the state ought to have no role in maintaining modesty. That said, I do believe modesty is important in many circumstances, as I do manners and courtesy, so I’d want social and moral norms to discourage nudity out of context.

@Adriana Like with mental illness, therapy is always preferred. If, however, someone is causing immediate harm to themselves and others before therapy can prevent it, then medication is called for – even against the individual’s will. Likewise with prohibition. If it turned out that the social dialogue was stalled and clear harm was being done, then I’d support a temporary ban. But that can’t be the final solution, and may even do more harm to the dialogue. I also think that most people who advocate a bad aren’t arguing from this position but, sadly, more from fear, cultural intolerance and racism.

Why is it always women whose garb must be critiqued for it’s social function first and only when it passes grade (whoevers marking) can the wearer speak?
To answer my own question, because that is what it means to be a woman.

So how can this be escaped? Can we place significance deliberately at odds with where it historically belongs? Shouldn’t we try, as a deliberate political strategy? Or is that too naive?

Another question; Can a man wear a burqa? Given he will only be read as a woman does his maleness disappear? It’s a variation on the old “Does a tree fall in the forest if no-one is around” question.
If a man can, would that be bad?

[…] of Larry Wright, Ruth Millikan and Robert Cummins. (I touch on cultural functionalism in this post, but I’ve also just written an unpublished chapter tying morality to these expositions of […]