There are many answers to this question, but I wish to offer a very simple functionalist definition (as is typical of my general philosophical approach). That humans are social animals is no accident. We can achieve more as a group than we can as individuals. The fruits of cooperation, specialisation and interdependence are rich indeed.

Society is simply the term we use for this phenomenon of coordinated interaction by multiple individuals, the point of which is typically to advance the ends of each of the individuals in the society.

Society itself is not a thing, it’s not fixed and unchanging, it doesn’t have its own desires or ends (at least, not non-metaphorically). Society is a phenomenon, an abstraction, it can be structured in more than one way, and the social and moral norms, the laws, and the institutions that we create to help run society are no less important because they’re constructed.

Given this, the question becomes: how do we measure the success of a particular society’s structure? I’d suggest one key metric (but not the only one) is by gauging the extent to which it promotes the wellbeing of the individuals in that society. Of course, there are many ways of reckoning this value, and there is probably no ideal metric. But there are probably some better and some worse.

And I’d suggest that measuring the success of a society purely in terms of its economic output is to put the cart before the horse (as I suggested in an earlier post where I argued that economics is a tool for promoting wellbeing, not an end in itself). Yet conomic output, measured by gross domestic product and/or growth of GDP, is often used as a proxy for the success of a particular society. But there’s a surprising disconnect when you consider wealth and happiness side-by-side.

We are, by almost all counts, wealthier today than we have been at any time throughout the 20th century, and most certainly any prior century. Even with the scourge of the global recession, this remains true, especially in Australia, but also in Europe and the United States, and it was certainly true in all these countries as of 2007. 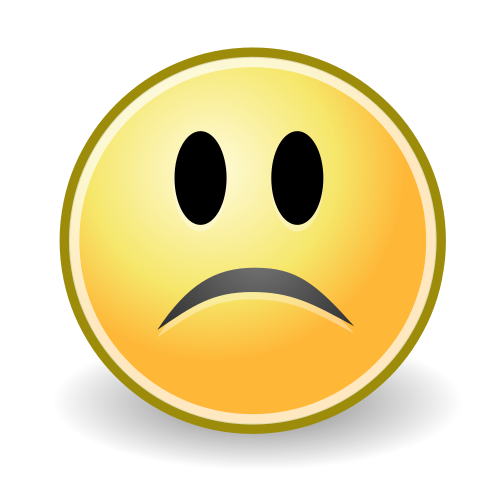 Individuals of current working age are better educated, more connected, have greater access to credit, are less burdened by religious, gender and class barriers, have better access to health care (with the possible embarrassing exception of in the United States), and have a better social safety net (again, maybe not in the U.S.) than ever before. We own more property, more cars, more conveniences, more entertainment devices, more clothes, have access to better food… and the list goes on.

Yet, we are, by almost all counts, no happier than we were half a century ago.

There are have been significant increases in levels of mental illness in developed countries over the past half century (although a not inconsiderable proportion of this will be due to better reporting and more awareness of mental illness). There are greater levels of reported anxiety, depression and a serious issue with suicide in many countries. We’re also unhealthier (particularly in the United States) with (not unrelated) obesity and diabetes epidemics despite access to better nutrition and health care.

An increasing number of people report greater levels of stress in their work and home life, and hours of work are going up, not down. People end up consumed with their jobs, chased by a mortgage, credit card debt or high rent, and have insufficient time or energy left over for their family or hobbies.

We might have more plasma screens and iPhones, but we’re actually reporting that we’re no happier because of them. So what’s going on?

As I mentioned in my previous post, much of this comes down to psychology. While our economic and political systems are remarkably adept at providing for us those things we desire, it turns out that satisfying our desires doesn’t make us lastingly happy.

This fact would come as something of a shock to two particular thinkers who have greatly influenced the way we see the world, and the way it’s structured, today: Karl Marx and Adam Smith.

One of the very few things these two thinkers would have agreed upon is that once we satisfied our base needs, we’d cease chasing after them and move on to higher pleasures. Both wrote in times when there were a great many people who were struggling just to survive. Poverty, hunger, disease and idleness were all serious problems. And they both offered new visions of society that could help eliminate these problems. Although only Smith’s proved genuinely capable of doing so.

But both made the error that once these basic needs for food, shelter, clothing, work etc were satisfied – once society and the economy was producing a surplus that was required to satisfy these things – then we’d employ that surplus to enrich our lives through art, literature, music, philosophy etc.

Yet how wrong they were.

The problem is they failed to understand the complexities of human psychology. They assumed that our desire to satisfy base needs was finite. That once we had sufficient clothes to wear each day, sufficient food to sustain us, and sufficient wealth to secure these things, then we’d stop buying clothes, plateau our eating and cease chasing the dollar.

But these buttons do run out of steam. This means in order to get the pleasure rush, we need to push them harder and more frequently the more we use them. And we can continue pushing them indefinitely.

This has two unfortunate consequences: first is most of us never fully satisfy our ‘base’ desires and transcend to ‘higher’ pleasures; secondly, pushing these ‘base’ buttons doesn’t make us lastingly happy. But the problem is – and this is one of the core problems of society at the moment – our entire society is predicated upon us continuing to push these buttons. In short, Smith et al. (and us) have created a monster.

The age of unreason

It’s perhaps not surprising that Enlightenment thinkers thought humans were more, well, enlightened. The time was rich with an explosion of reason, science and philosophy. Yet it’s a profound irony that the Age of Reason has produced the mechanisms that have brought about the Age of Unreason.

The two greatest instruments of change in the modern world are democracy and the market. If you look around you and compare what you see to what was around 10, 20 or 50 years ago, the odds are the changes were inspired either by changes in policy, or because of market forces – or both.

Why do people in the U.S. drive more so-called SUVs today? It’s a combination of policy giving them a competitive price advantage over other vehicles along with the car manufactures producing them in greater numbers at lower cost as a result.

Why do people not use typewriters any more? Because the economics of the information technology industry enable more flexible and productive technologies to be produced for a much lower cost.

Yet these two institutions – democracy and market economics – which are products of reason, are fuelled by unreason. It is our emotional button pushing that motivates much of our purchasing behaviour and much of our voting behaviour. The economy turns because we can’t satisfy many of our base desires. It turns because we can’t get enough sex, food and status. If we could, we’d stop (or reduce) buying, we’d need to earn less, we’d work less, and the economy would slow to a crawl.

Politicians thrive because they appeal to our irrational nature, our desires, our greed, our fears, our biases and our heuristic thinking. The world is a complex place and most people are not inclined to attempt to understand it in detail. With a political and media culture that encourages shallow simplistic thinking, it’s easy to jump on a political bandwagon that appears to make sense – and it probably only intuitively appeals because it’s horrifically simplistic and pushes the appropriate emotional buttons – and vote a bunch of clowns into office.

The end result is the world left us by the baby boomers. While they were revolutionary once, and while they made great inroads into knocking down oppressive traditions of the old monocultural world, the revolution the baby boomers engendered was a hedonistic one. They built a world that runs on unreason and that unsustainably fuels our irrational base desires without actually making us lastingly happy.

And, in doing so, we’re depleting many of the world’s finite resources and raising the temperature of the globe such that our children’s children will be left not only with a crippling debt bill, but an even more crippling bill to adjust to new climate patterns.

And now that the boomers are entrenched in power, they’ve become conservative. Many boomers have absolutely no inclination to change the world – especially not to take responsibility for climate change – because they simply wish to cling to their consumptive habits and refuse to reduce consumption or pay to fix something that they’ll not be alive to see fixed.

But many of us, particularly (but not exclusively) those under 40 years of age, have had enough.

I actually think that this failure of society to satisfy our deeper needs is what underlies much of the Occupy Wall Street movement – but it’s not articulated because these problems are deep and pervasive. They’re so ubiquitous that if you look at just a part of society, it’s hard to see the bigger society-wide problems that underlie it all.

I also think the current generation aren’t trained or accustomed to stepping back and looking at society as a whole, from questioning some of the basic assumptions that drive society, and are in many ways just as addicted to pushing those emotional buttons as the older generations.

But solving the deeper problems that underlie the grievances of the Occupy Wall Street movement isn’t going to involve simply tweaking the economy here, fiddling with democracy there. It’s going to take a wholesale reevaluation of what the heck we’re doing here in the first place.

The good news is that while figuring out solutions is going to require revolutionary thinking – implementing them won’t. Which is good, because I have no stomach for old school revolutions.

The good news is that economics and democracy are incredibly powerful tools. They can change the world. But they can only do so for the better if the input into those systems – i.e. us – is more ‘enlightened’. If we have greater awareness of our needs, of how our psychology works, of our values, and if we care about steering our behaviour with reason more-so than unreason, then the systems already in place will produce better results.

In the next few posts I’ll offer some suggestions on what changes could be made – to our thinking, to economics and to politics – that might start to bring about some real change in the world. In the mean time, I look forward to your comments – either encouraging or critical.

6 Comments on Beyond OWS: Problem #3: The Age of Unreason

3Pingbacks & Trackbacks on Beyond OWS: Problem #3: The Age of Unreason